A HISTORY MADE OF PASSION

The seed of the company started when a boy with a strong passion for music and electronics design and manufacture his first amplifier in his garage in Galliate in Northern Italy. Thus, in 1984 KIND Audio was born, and the passion and dedication of Alessandro Cortese “Mister Kind” has remained unchanged with the main aims still being the search for the best solutions and excellent audio quality. In 1995 production moved to a new plant in Galliate where, with four fully equipped production lines, an MRP management system and an automatic quality control system, it was possible to cope with the increasing demand.

One of the first achievements of KIND Audio was the XM series launched in 1986, the most powerful was the XM2000 (2x1000W/4). The topology was dual mono and the reliability was so high that the series soon became a commercial success. After more than 30 years, many units are still at work to the great satisfaction of their owners. In 1996 the XT series was introduced (to replace XM series), again with dual mono topology, and thanks to its proven reliability and a great sound the XT series is still required today in the 2nd hand equipment market. In the same year the K series was also introduced, and among these the KQ model deserves a special mention. It was a 4x400W unit and one of the first multi-channel amplifiers to enter the market, anticipating what is now a trend in the demand for multi-channel amplifiers. In 1999 KIND Audio started its first lightweight amplifier series with SMPS, introducing the NWX models. In 2001 the MCX series joined the catalogue, specifically designed for the lower power installation market with 4/6 80/120W channels. Though the XT and NWX series employed class H output stages in order to enhance the efficiency, in 2001 we started a study to design high efficiency amps with R-SMPS (with PFC) and class D output stages. After three years research and development, in 2004, the 2-channel DDX and 4-channel DQX models entered production. This new technology allowed us to manufacture amplifiers with a high power density, such as 4x2000w/4 in 2U rack at a mere 11 kg in weight. The core of this technology is a control modulator that greatly reduces the THD, maintaining a flat response and stability with any kind of load – aims not easily achievable with class D amplifiers.

Inspite of several amplifiers company change identity or close activity in the past years, for passion or for a miracle we still here.. with KIND brand or in OEM we have out there over 100 million watts, are the most silent power in the world because we are unable to marketing words, we market reference sound power.

In spite of a clear marking line between professional amplifiers and a real reference sound amplifier, here at KIND Audio, we always believe that a pro amplifier can’t be only a reliable “voltage translator”, but must give a tangible contribution to the system sound quality. We still audiphile people, we still sound craftsmen..

Our mission has not changed and it is still to manufacture reliable amplifiers with a great sound by using the ultimate technology, and to ensure KIND amplifiers are backed by efficient after sales support. Investing in KIND Audio amplification will continue to be the right solution. With its proven quality and reliability, KIND Audio now and in the future is a reasonable choice. 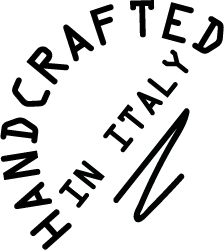